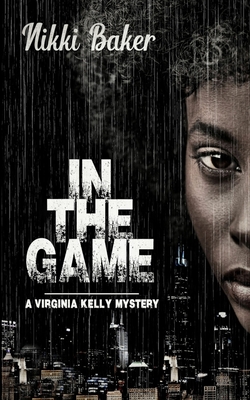 A Virginia Kelly Mystery, Book 1 - When businesswoman Virginia Kelly meets her old college chum Bev Johnson for drinks late one night, Bev confides that her lover, Kelsey, is seeing another woman. Ginny had picked up that gossip months ago, but she is shocked when the next morning's papers report that Kelsey was found murdered behind the very bar where Ginny and Bev had met. Worried that her friend could be implicated, Ginny decides to track down Kelsey's killer and contacts a lawyer, Susan Coogan. Susan takes an immediate, intense liking to Ginny, complicating Ginny's relationship with her live-in lover. Meanwhile Ginny's inquiries heat up when she learns the Feds suspected Kelsey of embezzling from her employer. Nikki Baker is the first African-American author in the lesbian mystery genre and her protagonist, Virginia Kelly is the first African-American lesbian detective in the genre. Interwoven into the narrative are observations on the intersectionality of being a woman, an African-American, and a lesbian in a "man's" world of finance and life in general. First published to acclaim in 1991, this new edition features a foreword by the author.