What Just Happened: 210 Haiku Against the Trump Presidency (a Satire) (Paperback) 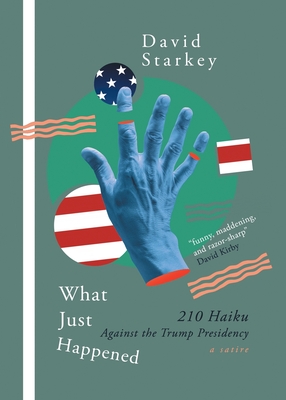 In What Just Happened: 210 Haiku Against the Trump Presidency (a Satire), David Starkey memorializes each week of Donald Trump's four years in office with a single haiku. While the poems sizzle with dismay and disbelief, they are often tempered by dark comedy as Starkey catalogues Trump's outrages in lines you won't soon forget.

"Here's a book of high-speed history for you, friends. It's easy to forget the Trump years, probably because we want to. But if we are to remember the past so as not to repeat it, David Starkey makes it easy and even pleasant to do so by wrapping each of the president's gaffes in that most durable of poetical forms, the haiku. "Literature is news that stays news," says Pound, and Starkey proves his point with poems that are funny, maddening, and razor-sharp." David Kirby