When It's All Said and Done (Paperback) 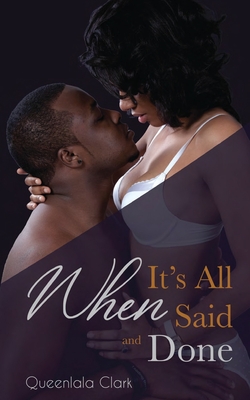 Laylani and Lea were best friends. Laylani was the most laid-back friend of the two. She was attending school to earn a business degree so that she can open up her own boutique one day. Lea was the more outgoing one who was wild in the streets. She never cared what anyone had to say about her. Even though she had her own money, she would con anyone out of their pockets for their money. She was a hustler who didn't care as long as she got what she wanted. She was never looking for love, just scheming for money. "Cash ruled everything around her"; that was her motto. Would she stoop so low as to con her best friend, Laylani? Was being money-hungry going to catch up with her? Was all the dirt that she has done to people going to come back and haunt her? Because when it's all said and done, karma gets the last say so in the end.