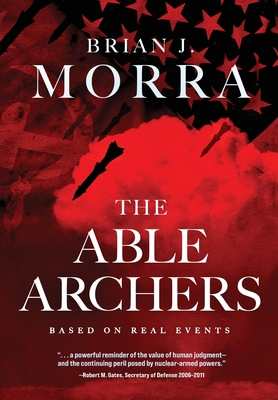 **Winner of 16th Annual National Indie Excellence Award for Best Military Fiction, Finalist in the 16th Annual National Indie Excellence Award for Best Historical Fiction and a Finalist the 2022 Next Generation Indie Book Award for Historical Fiction**
In 1983, the world stands at the brink of nuclear annihilation, and only a few people are aware of it. A riveting story of how two men's lives intersect in the midst of an existential crisis, The Able Archers is told through the eyes of two key participants: a young American intelligence officer, Captain Kevin Cattani; and his more experienced Soviet counterpart, Colonel Ivan Levchenko.The story plays out from the skies over Siberia to the gritty, dangerous streets of East Berlin. The radically different worldviews of Cattani and Levchenko punctuate the deep divisions of the Cold War. The evolving relationship between the two men also highlights the humanity common to both sides. Only by working together will Cattani and Levchenko find a way to prevent a global nuclear war between the United States and the Soviet Union.