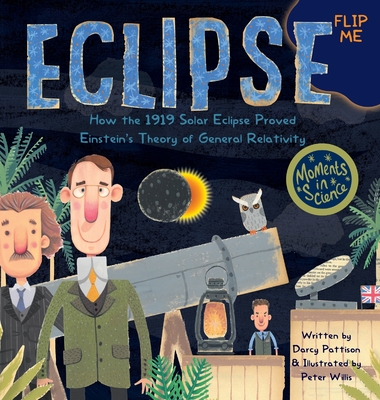 In 1915, British astronomer Arthur Stanley Eddington was fascinated with Einstein's new theory of general relativity. The theory talks about how forces push and pull objects in space. Einstein said that the sun's gravity could pull and bend light.

In simple language, this nonfiction illustrated picture book explains how the push (acceleration) and pull (gravity) of space affects light.

Back matter includes information on Einstein, Eddington, and the original photograph of the 1919 solar eclipse.

This exciting series focuses on small moments in science that made a difference.