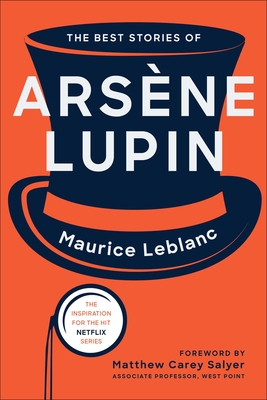 Based on the popular Netflix series!
In the early 20th century, esteemed writer Maurice Leblanc created Arsène Lupin, a French Sherlock Holmes-type who became known as the gentleman thief. Lupin's exploits, in pursuit of the rich, have been documented in more than twenty stories and books, as well as in film. In January 2021, Netflix released a major hit in the entertaining Lupin mystery-comedy series based on the stories.

The Best Stories of Arsène Lupin is a collection of the most engaging of Leblanc's writing about Lupin, with a special foreword by West Point associate professor of English and writer Matthew Carey Salyer.

Maurice Leblanc was a prolific French writer of novels and short stories, many of which became films. He passed away in 1941.