The Mere Wife: A Novel (CD-Audio) 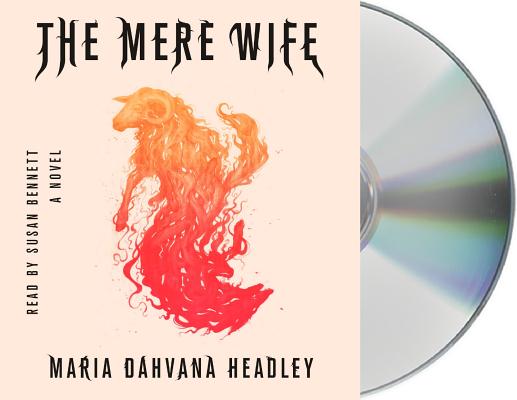 By Maria Dahvana Headley, Susan Bennett (Read by)
$49.49
This is a special order and can be hard to get.

New York Times bestselling author Maria Dahvana Headley presents a modern retelling of the literary classic Beowulf, set in American suburbia as two mothers—a housewife and a battle-hardened veteran—fight to protect those they love in The Mere Wife.

From the perspective of those who live in Herot Hall, the suburb is a paradise. Picket fences divide buildings—high and gabled—and the community is entirely self-sustaining. Each house has its own fireplace, each fireplace is fitted with a container of lighter fluid, and outside—in lawns and on playgrounds—wildflowers seed themselves in neat rows. But for those who live surreptitiously along Herot Hall’s periphery, the subdivision is a fortress guarded by an intense network of gates, surveillance cameras, and motion-activated lights.

For Willa, the wife of Roger Herot (heir of Herot Hall), life moves at a charmingly slow pace. She flits between mommy groups, playdates, cocktail hour, and dinner parties, always with her son, Dylan, in tow. Meanwhile, in a cave in the mountains just beyond the limits of Herot Hall lives Gren, short for Grendel, as well as his mother, Dana, a former soldier who gave birth as if by chance. Dana didn’t want Gren, didn’t plan Gren, and doesn’t know how she got Gren, but when she returned from war, there he was. When Gren, unaware of the borders erected to keep him at bay, ventures into Herot Hall and runs off with Dylan, Dana’s and Willa’s worlds collide.

Maria Dahvana Headley is a #1 New York Times-bestselling author and editor. Her novels include Magonia, Aerie, and Queen of Kings, and she has also written a memoir, The Year of Yes. With Kat Howard, she is the author of The End of the Sentence, and with Neil Gaiman, she is co-editor of Unnatural Creatures. Her short stories have been shortlisted for the Shirley Jackson, Nebula, and World Fantasy Awards, and her work has been supported by the MacDowell Colony and by Arte Studio Ginestrelle, where the first draft of The Mere Wife was written. She was raised with a wolf and a pack of sled dogs in the high desert of rural Idaho, and now lives in Brooklyn.

Susan Bennett is known for her radio and television voiceover work. She has narrated a host of audiobooks, including those from bestselling authors Peggy Post, Linda Francis Lee, Dorothea Benton Frank, Emma McLaughlin, and Nicola Kraus. Her reading of Tiger, Tiger by Margaux Fragoso won an AudioFile Earphones Award. In describing Susan’s reading style, Publishers Weekly has said, “Bennett's narration is excellent: she draws the listener into the story... keeping the pacing brisk and entertaining.” Susan also dabbles in the music industry as the singer and keyboardist for The Interactive! Band. Along with her guitarist husband, Rick Hinkle, Bennett is the co-owner of Audiocam Music, a full service recording studio.

"Susan Bennett’s sweetly polished voice won­derfully evokes the barely suppressed rage of Willa...listening to the book seems more appropriate than reading it. Inspired by an epic which was more likely to be declaimed rather than read, the musical prose of the novel heav­ily references an oral tradition, exhorting us to “Hark!” and “Sing!”" -Locus Magazine