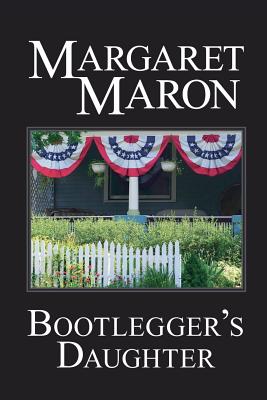 By Margaret Maron
$17.19
This is a special order and can be hard to get.

Instead, she became an attorney, infiltrating the old boy network that still rules the tobacco country of Colleton County, North Carolina. Some say her success is a sign of the New South, but no one knows better than she the power of the past--her family's long history in the area is a major asset in her campaign for district judge. Then again, as the strong-willed daughter of Kezzie Knott--notorious bootlegger, ex-con, and political string-puller--history is also one of her greatest problems.

But it's an episode from the more recent past that threatens to derail her campaign. As a teen, Deborah used to babysit little Gayle Whitehead for her mother, Janie. One rainy spring day eighteen years ago, both mother and daughter disappeared. When they were found three days later Gayle was dehydrated, dirty, and hungry...and Janie was dead. The unsolved murder became a local legend and an enigma that continues to haunt Gayle, who now begs Deborah to investigate.

With no real faith in her investigative skills, Deborah asks a variety of questions on her campaign tour of the county's rallies--and soon her attention is distracted from the hurly-burly of politics by troubling new evidence. Deborah now faces the realization that the disadvantages of being the single female candidate in a southern judgeship race, and even the disadvantages of being Kezzie Knott's daughter, are nothing in comparison to posing a threat to a successful murderer...