The Longing and the Lack (Unliving #1) (Hardcover) 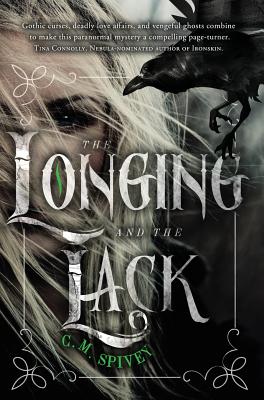 By C. M. Spivey, Tehlor Kay Mejia (Editor), Kisa Whipkey (Editor)
This book is rarely available; email elisa at anotherreadthrough.com if you'd like her to try to find it elsewhere for you.
Special Order

Lucinda Hightower is no stranger to death.

Since she was a child, Lucinda has been haunted by rabid dogs, suicidal crows, and the ghost of a woman in white. All are omens signaling someone's imminent demise--except Lucinda's friends and family are still breathing.

The omens follow her to Ireland and the quiet university in her father's hometown, increasing in strength and frequency once she meets Damien Reed. A handsome third year student, Damien thrusts himself into Lucinda's life almost immediately and caresses away the unsavory reputation that shadows him.

It's not until the ghost sinks her nails into Damien that he reveals his secret: the death omens are for him.

They're the manifestations of a curse that claims the life of the eldest Reed son every generation. Damien's time is nearly up. If Lucinda is to save him, she must solve the mystery of her family curse, and lay a spirit's rage to rest.

A dark romance for fans of Diane Setterfield and the TV show Supernatural, The Longing and the Lack is a Gothic story for the modern age.