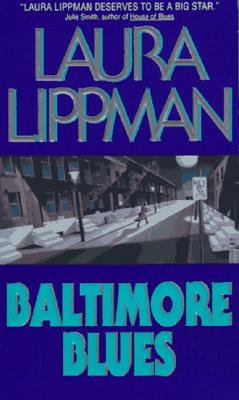 By Laura Lippman
This book is rarely available; email elisa at anotherreadthrough.com if you'd like her to try to find it elsewhere for you.
Hard to Find

Until her paper, the Baltimore Star, crashed and burned, Tess Monaghan was a damn good reporter who knew her hometown intimately -- from historic Fort McHenry to the crumbling projects of Cherry Hill. Now gainfully unemployed at twenty-nine, she's willing to take any freelance job to pay the rent -- including a bit of unorthodox snooping for her rowing buddy, Darryl "Rock" Paxton.

In a city where someone is murdered almost everyday, attorney Michael Abramowitz's death should be just another statistic. But the slain lawyer's notoriety -- and his noontime trysts with Rock's fiancee -- make the case front page news...and points to Rock as the likely murderer. But trying to prove her friend's innocence couls prove costly to Tess -- and add her name to that infamous ever-growing list.