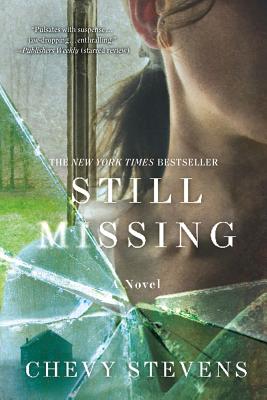 “I read this debut novel in two sleepless nights and found it simply gripping from the very first page, and truly chilling in its verisimilitude. As the main character Annie revisits the tale of her abduction and captivity at the hands of a deeply disturbed (and disturbing) man, it eventually becomes clear that, despite having won her freedom, her ordeal is far from over. This is surely an author to look out for!”
— Whitney Spotts, Schuler Books & Music, Lansing, MI

“This debut novel has the power to shock and awe with its explosively frightening premise about a woman who is kidnapped by a stranger and held against her will for more than year. Chevy Stevens is sure to rock lovers of the thriller genre.” —USA Today

On the day she was abducted, Annie O'Sullivan, a thirty-two-year-old realtor, had three goals—sell a house, forget about a recent argument with her mother, and be on time for dinner with her ever-patient boyfriend. The open house is slow, but when her last visitor pulls up in a van as she's about to leave, Annie thinks it just might be her lucky day after all.

Interwoven with the story of the year Annie spent captive in a remote mountain cabin—which unfolds through sessions with her psychiatrist—is the second narrative recounting the nightmare that follows her escape: her struggle to piece her shattered life back together, the ongoing police investigation into the identity of her captor, and the disturbing sense that things are far from over.

CHEVY STEVENS lives on Vancouver Island with her husband and daughter. When she isn’t working on her next book, she’s hiking with her two dogs on her favorite mountain trails and spending time with her family. Chevy's current obsessions are vintage Airstreams, Hollywood memoirs, all things mid-century modern, and stand-up comedians--not necessarily in that order. Her books, including Still Missing, a New York Times bestseller and winner of the International Thriller Writers Award for Best First Novel, have been published in more than thirty countries.

“Heart pounding . . . Stevens pulls out all the stops in this cat-and-mouse battle between a brilliant psychopath and his tenacious victim. . . . Still Missing is the not-to-be-missed thriller of the year.” —Lisa Gardner, New York Times bestselling author of Love You More

“This debut novel has the power to shock and awe with its explosively frightening premise about a woman who is kidnapped by a stranger and held against her will for more than year. Chevy Stevens is sure to rock lovers of the thriller genre.” —USA Today